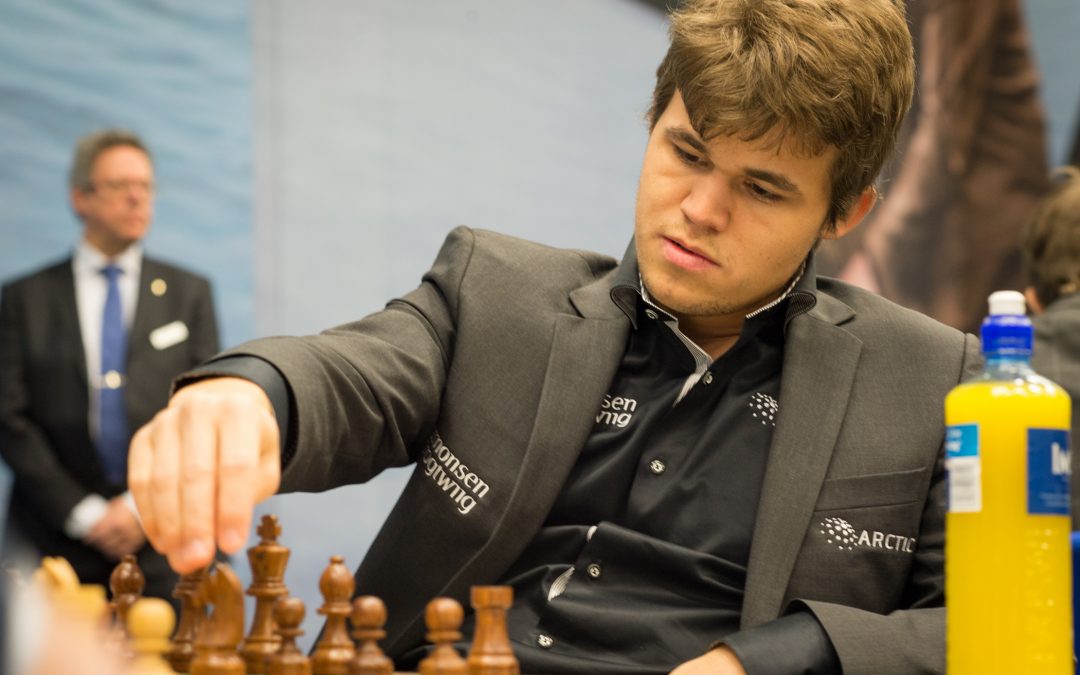 The opening phase of a chess game is where you lay the foundation for the battle that is to follow. Just like in an actual war, you want to set up your forces in the most favorable way. This allows you to be well prepared when the fight begins. There are many ways of setting up your forces, but the following chess opening principles are generally a good place to start.

It is important to fight for control of the center. Having control of the center gives your pieces greater mobility and also slows down the advances of your opponent. Central control is most easily exercised by pawns, which is why the classical way to start a chess game is to play e4-e5, or d4-d5. But it is also possible to control the center with pieces.

When it comes to developing pieces, we develop the minor pieces (bishops and knights) first and only introduce the rooks and queen later on. But we do not care about just any form of development. It is important to develop your pieces such that they are accomplishing something and can play an active part in your future plans. For example in the below position, the move Nf3 attacks the pawn on e5 and also exercises control over the central square d4. This is a better move than playing the knight to e2, where it only controls the d4 square and also blocks the light-squared bishop.

3 – Get your king to safety (very important chess opening principle)

Since checkmate ends the game, the safety of your king is of paramount importance. Most often king safety is achieved by castling the king, but in some rare instances the king can be safest in the center of the board.

The last step to complete in the opening, is to connect your rooks. This way the rooks can protect each other and are free to roam the back rank, protecting advancing pawns and pieces from a distance. This step is achieved by moving the queen.

5 – Do not move your queen out too early

In most cases it is ill-advised to move your queen out early. The queen is the most powerful piece and you do not want to risk losing it in the early stages of a chess game. Moving the queen out also gives your opponent chances to develop with tempo. For example, in the given position Black has just played their queen to g5. This can be answered by Nf3 and the queen is forced to retreat (Qxg2 does not work due to Rg1 Qh3, Bxf7+!, leading to a winning advantage for White).

6 – Do not move pieces unnecessarily

You want to complete the opening as quickly as possible. Moving pieces more than once (unless there is good reason to do so) slows down your opening objectives. In this example Black had previously played the Bishop to e7. It would be a waste of time to now play it to c5 (this move could have been played immediately).

7 – Avoid making too many pawn moves

If you make too many pawn moves, it means you are neglecting the development of your minor pieces. As pawns cannot move backwards, it also means you are creating permanent weaknesses. In the given example White already has a huge advantage, as all of their minor pieces are developed while Black has developed none.

The pawns in front of your king provide safety. If you move them you create weaknesses, as is the case with any other pawn moves. The advanced pawns leave your king exposed and provide easy attacking targets for your opponent’s pieces. In the position presented below, Black stands much better due to the advanced pawns in front of White’s king. Black can start by playing the queen to d7, followed by queenside castling and the repositioning of that rook on a8 to g8. Now a kingside pawn storm gives Black an easy and deadly attack on White’s king.

These principles should give you a good guideline on how to play the opening but there are cases where these opening principles are broken. If you come across such instances, pause for thought as to why it is a good idea in that scenario. Also, do not forget to pay attention to what your opponent is doing!

Buy the Elite Chess Starter coaching package to learn in more how to play your chess openings today.

My name is Luka Elliott. I have 17+ years of chess playing experience and have competed at a provincial, national and international level. My current CHESSA rating is 1904 and my FIDE rating is 1770.

Play in our RATED Monthly Tournaments.